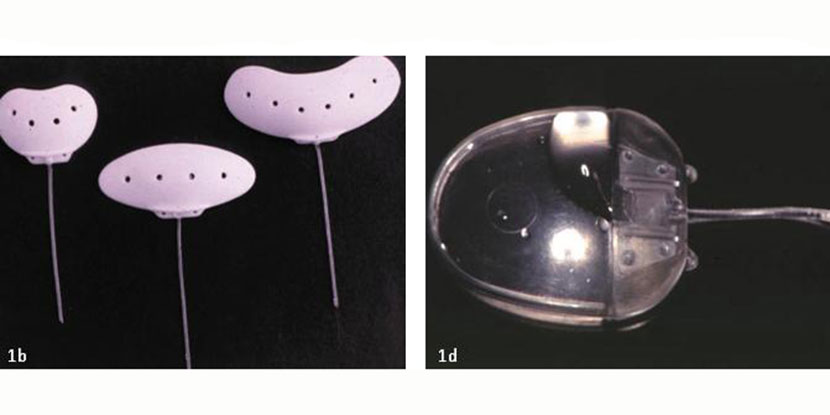 This prospective cohort study describes the prevalence of diplopia in patients with various glaucoma drainage devices.

Of the 129 patients (age ≥18 years) enrolled in this 2-year study, 35 had an Ahmed FP7 (FP7) glaucoma drainage device (GDD), 32 had a Baerveldt 250 (B250) and 62 had a Baerveldt 350 (B350); 99 patients were medically treated controls. The four glaucoma surgeons participating in the study had similar surgical techniques for GDD placement. Upon enrollment, all study and control patients completed the Diplopia Questionnaire, a validated survey designed as a patient-reported outcome measure. The authors excluded patients with multiple devices in a single eye, different types of devices in each eye or devices in a quadrant other than the superotemporal location, and patients who had a scleral buckle. Patients who had diplopia more than 30 days after surgery received a complete orthoptic examination with measurements of ductions and ocular alignment in the 6 cardinal positions of gaze.

The postoperative diplopia rate was approximately 20% among patients who received the FP7 or B350 compared with 5% to 6% among those who received the B250 or medical therapy. Among affected patients, strabismus was detected and diplopia was attributed to the GDD in approximately 6% of cases. In these cases, there were no statistically significant differences between study groups. The rate of device-independent diplopia was markedly higher in the GDD groups than in control patients (13% vs. 5%). The higher rates of device-independent diplopia suggest additional factors contributing to this symptom; for example, fusion may be more difficult among patients with more severe visual field or acuity loss.

This study had a few notable limitations. Because there was a low prevalence of diplopia attributed to GDDs, the study may have been underpowered to find a significant difference between study groups. In addition, many patients were enrolled postoperatively, so they did not have baseline preoperative questionnaire scores; however, nearly 50% had preoperative alignment measurements. Since physicians have unique device preferences, there was also an uneven distribution of types of GDDs among the patient groups.

Diplopia can significantly diminish quality of life in patients with glaucoma. This is the first study comparing diplopia rates in patients with various types of glaucoma drainage devices using a standardized questionnaire. Based on these findings, the Baerveldt 250 may be favored among patients with a choice of the 2 Baerveldt devices studied. The risk of diplopia should be addressed during preoperative counseling regardless the device type, because device-independent factors may contribute to postoperative symptomatic diplopia.