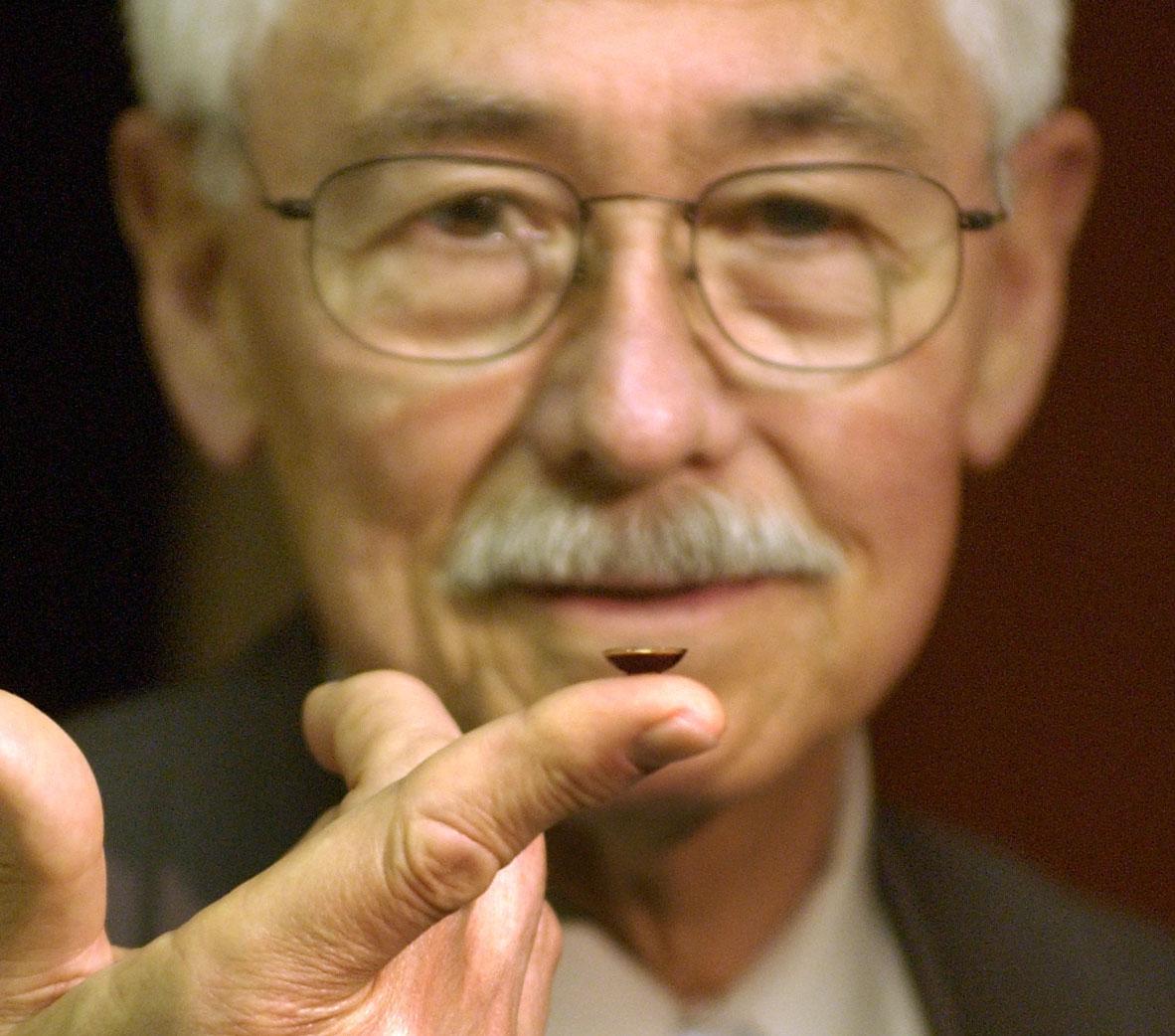 Dr. Richard Ruiz envisioned being a doctor since he was a child, his family said. But no one could have predicted that he would leave a legacy as a visionary and leading ophthalmologist in hospitals and universities in Houston before dying at 89 this week.

Born in Galveston and raised in Houston, Richard S. Ruiz went on to become one of the most respected doctors in his field during his more than half-century career. He was the founding chairman of the Department of Ophthalmology and Visual Science at the University of Texas Health Science Center in Houston since it was established in 1972 and for the next 40 years. He also played leadership roles at what is now Memorial Hermann Hospital, where he established the Hermann Eye Fund, which offered care for underserved patients as well as funding for research and training.

The UTHealth System said in a statement that the renowned retina specialist was “a pioneer in his field, led the development of ophthalmology education and research programs at UTHealth Houston and built a world-class eye practice” in the city.

Ruiz died Sept. 16 after struggling with Alzheimer’s for the past three years and subsequent health complications, his family said.

“His main contribution in my mind was the establishment of the Ophthalmology Department with a goal of serving everyone,” said Dr. Bhavani Iyer, a low-vision specialist at the Cizik Eye Clinic associated with the Ruiz Department of Ophthalmology and Visual Science at UTHealth’s McGovern Medical School. The department is named after the late doctor.

“He loved to promote innovative programs that helped patients, and the establishment of the low-vision clinic was one such example,” added Iyer, who worked closely with Dr. Ruiz. “He was an extremely hard-working man and had a passion for excellence.”

Following in the footsteps of his father, who was a physician, the young Ruiz enrolled in medical school at UTMB in Galveston. Both in family and career, Ruiz was determined, committed and loyal.

It was love at first sight for Ruiz and his wife Ivonne, who met in high school and started a relationship that lasted 65 years.

His family said he decided to follow the ophthalmology medical specialty when, while in his residency in Galveston, he assisted in an emergency glaucoma procedure on his aunt.

After a residency and a fellowship at Wayne State University’s Kresge Eye Institute in Detroit and at the Massachusetts Eye and Ear Infirmary at Harvard Medical School, he returned to Houston. At 35, he was appointed chief of service at what was then Hermann Hospital.

Dr. Ruiz was “driven to achieve excellence and success, not only personally, but in all his professional efforts, and even in his hobbies and interests,” said Raymond Ruiz, one of his five surviving children. “Halfway was not something he abided in himself nor those with whom he worked and lived.”

His son Raymond Ruiz described his father as a man of contrasts, saying he “was willful and stubborn, knew what he wanted, and liked to have things his way. He communicated plainly and clearly, was not always tactful, and one always knew where they stood.” At the same time, “he was also amazingly generous, compassionate and kind.”

A post on the American Academy of Ophthalmology website titled “Memory from Residency: A Complication,” written by Dr. Linda M. Christmann in 2015, illustrated that dichotomy.

Christmann wrote that during her third year of residency, she was in a “retina rotation” one day when she was called urgently to assist in a surgery with Dr. Ruiz, then chair of the department at the University of Texas Medical School. “His reputation among the residents was intimidating at best, terrifying at worst,” she said.

Running to the hospital, she faced obstacles that led to her late arrival to the surgery, she wrote. Dr. Ruiz stepped aside from the patient and invited her to place two sutures during the surgery, one of which she executed less than perfectly. She said Dr. Ruiz quickly took over and “finished the case flawlessly.” After finishing, she said that she was cowering in a corner of the room “waiting to be chastised” when the chairman approached her.

“He peered at me in his way that I remember today, and then looked me in the eye as I apologized, and said, ‘If you haven’t experienced that complication, you have not done enough surgery,’” she wrote. “I was stunned by his kindness, and then flooded with relief. Thankfully, the patient did well, too.”

People who knew Dr. Ruiz saw a sensible human being behind an apparent severity.

“His doors were always open to anyone that needed his help, be it a patient who could not afford services or staff that had a personal issue,” Iyer said. “He believed in investing in personnel and encouraged the faculty to do their best.”

In his personal life, Dr. Ruiz loved the arts and was a sports fan and an active man until his late years. He was also an avid sport shooter and motorcyclist.

Many friends and former students praised him on his obituary online.

“Being Hispanic myself, I looked up to him as I do my father. I was fortunate to be able to hang around another Hispanic man who focused and took pride in their energy and contributions to the world,” wrote friend Veronica Ramirez.

Dr. John Bishop wrote, Dr. Ruiz “contributed greatly to the training of hundreds of ophthalmologists, myself among them. We are all forever indebted to his tireless commitment to quality education. He will be missed, and we will not see the likes of him again.”

Raymond said he would like his father “to be remembered as a man of uncommon drive and determination. A man who knew what he wanted, rolled up his sleeves, and went all out to achieve it.

“A man who loved practicing medicine more than anything. A man who truly loved to care for his patients.”

Besides his wife and children,Ruiz is survived by three grandchildren. Friends are invited to a Friday, Sept. 24 reception from 6 p.m.-7 p.m. in the grand foyer of Geo. H. Lewis & Sons Funeral Home, 1010 Bering Drive, in Houston.