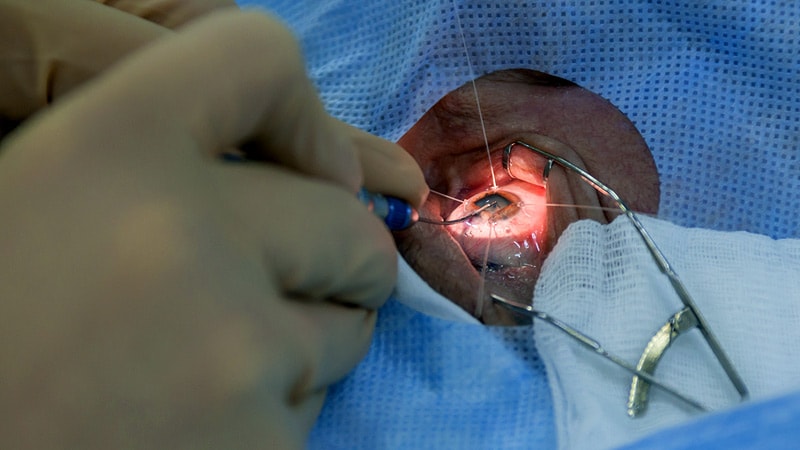 Ophthalmologists are protesting Aetna’s new requirement that it preapprove all cataract surgery as a condition for reimbursement.

The requirement, which went into effect July 1, 2021, affects about 20,000 procedures per month and is causing delays and confusion, according to the American Academy of Ophthalmology (AAO).

“We know a lot of patients have already been canceled in the first few weeks of July, which is going to increase the backlog of surgeries which developed over the shutdown from COVID last year,” said David Glasser, MD, the AAO secretary for federal affairs. “So none of this is particularly helpful. We’d really like to see at the very least a temporary pause.”

The automated portal offered by the insurance company to handle the preauthorization requests wasn’t live when the requirement went into effect, and when providers called the company, they got contradictory messages about how to proceed, Glasser told Medscape Medical News.

Although the portal is now operating, ophthalmologists are reporting that Aetna is particularly likely to decline cases where both eyes in the same patient are scheduled for surgery. “Their system apparently isn’t recognizing the difference between the right eye and the left eye and handling that appropriately,” Glasser said.

Cases where more than one procedure is needed — a glaucoma surgery in addition to cataract surgery, for example — are also leading to denials, he added. Perhaps most concerning are emergency procedures, such as one reported to the academy, where a surgeon needed to remove a cataract in order to operate on the retina behind it.

Aetna declined to respond to questions from Medscape Medical News. Instead a spokesperson provided a written statement saying it gave ophthalmologists weeks of advance notice about the new program.

“We also reached out to the American Ophthalmological Society and American Society of Cataract and Refractive Surgery to explain the rationale for and discuss this new policy, ensuring them that we’d work collaboratively to make sure that their patients and our members would have timely access to appropriate, necessary care, with special attention during the first few weeks of this new policy,” the statement says.

In a conversation with AAO leaders, Aetna representatives said that it instituted the new policy because its internal review found that about 5% of past cataract cases weren’t medically necessary, according to Glasser.

On its website, Aetna says it also started on July 1 requiring preauthorization for:

Based on its own research the AAO concluded that the rate of medically unnecessary cataract procedures was closer to 2% than the 5% estimated by Aetna. A portion of these might be refractive lens exchanges which the patient is choosing as an alternative to glasses, Glasser said, and others might be borderline cases where there is legitimate room for disagreement.

But he argued that surgeons have no motivation to categorize refractive lens exchanges as medically necessary cataract procedures because they receive reimbursement at a higher rate out of pocket for the refractive lens procedures.

The AAO shares the goal of reducing the number of medically unnecessary procedures, but the best way to do that is to educate surgeons about the criteria for cataract surgery, Glasser said.

Demanding preauthorization for every cataract procedure may cost Aetna more money than it saves because most denials will be appealed, requiring staff time to adjudicate, he added.

“In my opinion, it would be smarter to try to identify those practices where it looks like there is a significant variation in utilization and target those for review,” he said.

The AAO is lobbying for passage of a federal law, H.R. 3173, Improving Seniors’ Timely Access to Care Act of 2021, which among other things would establish an electronic preauthorization program for Medicare Advantage plans that allows for “real-time” decisions, provides access to information on the percentage of requests approved and average response time, and gives providers a voice in determining which procedures require preauthorization.

The bill has not yet faced a vote in the House Energy and Commerce or Ways and Means committees.

Laird Harrison writes about science, health, and culture. His work has appeared in national magazines, in newspapers, on public radio, and on websites. He is at work on a novel about alternate realities in physics. Harrison teaches writing at the Writers Grotto. Visit him at www.lairdharrison.com or follow him on Twitter: @LairdH