Cardiovascular disease is a significant risk factor for glaucoma 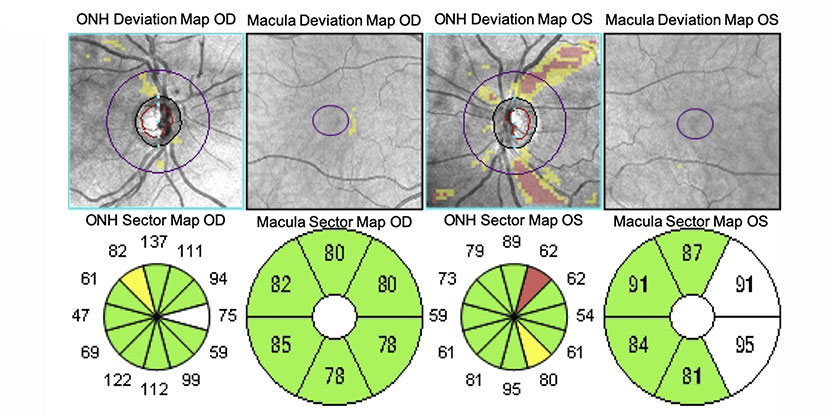 This prospective, longitudinal study assessed the association between cardiovascular disease and glaucoma.

Investigators evaluated 2,638 eyes for baseline and longitudinal structural thinning using spectral-domain OCT, and for visual field progression using Humphrey visual field (HVF) testing. At enrollment, patients were classified as having predominant thinning of the macular ganglion cell-inner plexiform layer (mGCIPL), the peripapillary retinal nerve fiber layer (pRNFL) or both. The mean follow-up was 5.34 years. The authors compared cardiovascular disease and medication use between the study patients and a reference group of structurally and functionally stable glaucoma suspects.

It is not known whether structural changes on macular spectral-domain OCT are related to glaucoma, cardiovascular disease or both. Age-related macular changes—both pathologic and degenerative—may have contributed to the detected structural defects. In addition, the use of 24-2 HVF to assess progression could have missed a significant portion of macular defects that would be better detected with 10-2 perimetry.

This study shows the important link between cardiovascular disease and structural and functional progression in early glaucoma. The relationship between blood pressure and IOP suggests the effect of hypertension on glaucoma progression may be partially mediated by IOP pathways, and that vascular pathways may be especially important in glaucomatous damage to the macula. This study underscores the need for mechanistic research to slow glaucoma progression in ways that do not rely solely on IOP reduction.

We use cookies to ensure that we give you the best experience on our website. If you continue to use this site we will assume that you are happy with it.OkPrivacy policy