Alert over lenses that could make you BLIND: Patients warned implants could damage their corneas

Eye implants that could make you BLIND: Patients warned ‘phakic’ operations could damage their corneas and lead to sight loss – and the condition causes NO symptoms at first

By Shaun Wooller and Marcello Mega For The Daily Mail

Patients fitted with ‘implantable’ lenses may be at risk of going blind after failing to attend regular check-ups, experts warn.

Thousands of Britons are believed to have had so-called ‘phakic’ lens operations to correct their vision.

It is a popular alternative for those with poorer sight who are considered unsuitable for laser eye surgery.

But the lens can cause irreparable internal damage that may require a cornea transplant and lead to sight loss. Alarmingly, there are no symptoms when the damage starts to occur.

At least one firm, Optimax, has now written to customers telling them to get urgent checks. But it admits it has been unable to trace about 160 people, who could be unaware their sight is in danger.

Campaigners last night urged bosses to launch a nationwide publicity campaign to find those with a ‘potential time bomb in their eyes’.

I ignored the first letter… now I fear for my sight 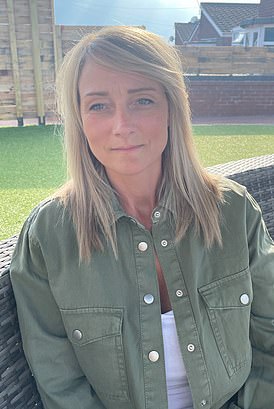 Rachel Bratt (pictured), was advised to have the lens taken out

Hairdresser Rachael Bratt received a letter from Optimax in April asking her to make an appointment.

But she shrugged it off because she failed to understand its importance.

A second letter sent by recorded delivery in May made it clear the matter was urgent, prompting her to get a check-up.

The mum-of-three, 41, from Stoke-on-Trent, was warned her ‘endothelial cell count’ was low and advised to have her lens implants taken out.

But she claims she backed out when she was told she would be able to meet the surgeon to discuss treatment only 35 minutes before the first operation.

An independent ophthalmologist has since advised her to have another endothelial cell check in six months before deciding on her next steps.

She says he was unable to assess the rate of deterioration of her cells as no count had been entered in her Optimax medical records in 2003.

Rachael said: ‘I’ve been at the same address for 19 years, the same address I had when I had the operations. Why have I just learned about this? I fear for my vision and still don’t know what to do.’

Optimax said all patients had their cell counts measured.

It said patients were treated at external hospitals in 2003, when medical records were paper-based, and Rachael’s count may not have been later transferred to its computer system.

The lenses, different to those used for cataract surgery, can rub against the inner surface of the cornea, destroying protective cells that help pump away fluid.

If the number of these ‘endothelial’ cells drops too low, it can impair sight and leave patients requiring a cornea transplant.

The Optimax website says customers should have ‘regular’ check-ups to assess their endothelial cell count (ECC). The implants can be taken out if the count falls to concerning levels but the checks are not routinely done as part of a normal eye test.

Some customers who had surgery in the 2000s say they have been shocked to receive letters warning of the dangers and the need for checks over a decade later.

Optimax insists patients were told of the potential risks and made aware of the need for regular checks before they consented to treatment. It says it has ‘recently changed its approach’ and decided to ‘actively reach out’ to customers it has not seen for ‘some time’.

A letter from Russell Ambrose, the firm’s owner, says: ‘It is very important to establish the health of your eyes. You urgently need a cell count to ensure it has not reduced below a safe minimum, which can lead to irreversible corneal damage and your sight could be at risk.

‘If you are not able to return to us, you must attend your local eye hospital or find a practitioner with a specular microscope to perform a cell count. Due to this specialist equipment required, an eye test at your local optician does not normally include an ECC.

‘This can be performed by a refractive surgery company or an ophthalmologist.

‘Your local NHS eye department will have this equipment, but you should not delay if there is a long waiting list.’

Those who have a low count are advised to have their lenses removed as soon as possible.

The firm has offered to replace them with cataract lenses free of charge if the corneas are healthy enough. If they are not, patients will require a transplant on the NHS.

A follow-up letter seen by the Daily Mail warns: ‘When the cell count drops below a level it is too late to save the cornea.

‘The solution is then to have a corneal graft. Corneal grafts are relatively successful but take many months to settle and there is always the possibility of a rejection… Loss of sight is also possible.’

Sasha Rodoy, of My Beautiful Eyes Foundation, which supports patients who have had poor outcomes from refractive eye surgery, said: ‘I am gravely concerned about the patients Optimax has been unable to contact… they may be walking around with a potential time bomb in their eyes.’

Tony Wiseman, director of Wiseman Wingate Solicitors, seeking compensation for some of those affected, claims they were not given sufficient information about the risks before having treatment.

Andrew Brockbank, 51, is waiting for a corneal graft in his right eye. He had lenses fitted by Optimax in 2004 and had to quit his job as a driver and retrain as an MoT tester after suffering eye problems. He said: ‘It’s tragic. I’m terrified I’m going to lose my sight.’

Mr Ambrose said: ‘We now track and trace patients until they come back to us or confirm they have care elsewhere…

‘We are doing our utmost to reach out to all affected patients without delay.’